Two days in the studio with Arnett Cobb and a quintet, rhythm section augmented by congas, but with a different piano player and a different conguero each day, continuing the pattern he had established on his previous Party Time session for Prestige, with Ray Bryant and Ray Barretto.

The piano guys were two more of the best young players on the scene, 30-year-old Tommy Flanagan and 25-year-old Bobby Timmons. Flanagan had made his Prestige debut in 1956, newly arrived from Detroit, on an abbreviated Miles Davis session.
He would shortly thereafter be tabbed for one of the decade's most important albums, Sonny Rollins' Saxophone Colossus, and would make his debut as leader the following year with a trio: Overseas, recorded in Sweden. By the time of this recording, he was a solid regular with the label, with 15 recording dates as leader or sideman.

Flanagan's versatility could be amply illustrated right at this moment in time: just two weeks before he went to Englewood Cliffs to record with one of the veteran masters of good-time, mainstream jazz, he had seen the release of a session with young players who would be standing jazz on its year: John Coltrane's Giant Steps. 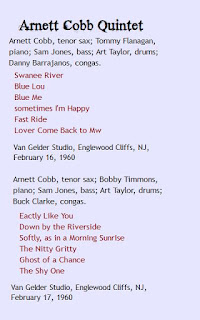 Bobby Timmons had recorded once previously for Prestige, with Clifford Jordan and John Jenkins, but he was best known for his work with Blue Note, particularly with Art Blakey's Jazz Messengers.

Danny Barrajanos took the conga chair for the first day. He was primarily known for his work with Harry Belafonte and Miriam Makeba. Buck Clarke, who came in for the second day, was more of a jazz figure, with credits that would include Freddie Hubbard, Herbie Hancock and Les McCann. 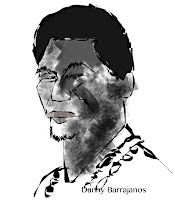 Latin percussion was still a somewhat outside-the-box idea for a modern jazz album, and one might think of Cobb as an inside-the-box kinda guy, but boy, does he know how to make it swing! Listen to the work they do on "Blue Lou," composed by Edgar Sampson, one of the few composer/arranger/ musicians of his era to move back and forth between mainstream and Latin jazz. He played with Duke Ellington, Rex Stewart, Fletcher Henderson and Chick Webb (for whom he composed "Stompin' at the Savoy" and "Don't Be That Way"); and worked as an arranger for Marcelino Guerra, Tito
Rodgriguez and Tito Puente. And raised a musical family--his daughter Grace co-wrote "Mambo Inn" with Mario Bauzá. "Blue Lou" is a killer, with Barrajanos pushing the beat throughout, getting some wild and crazy sax playing of Cobb and smoking solos from Flanagan, Taylor and himself.

"Blue Lou" was followed on the session by a Cobb original called "Blue Me." One can't help but wonder if the original title had been a mite dirtier. 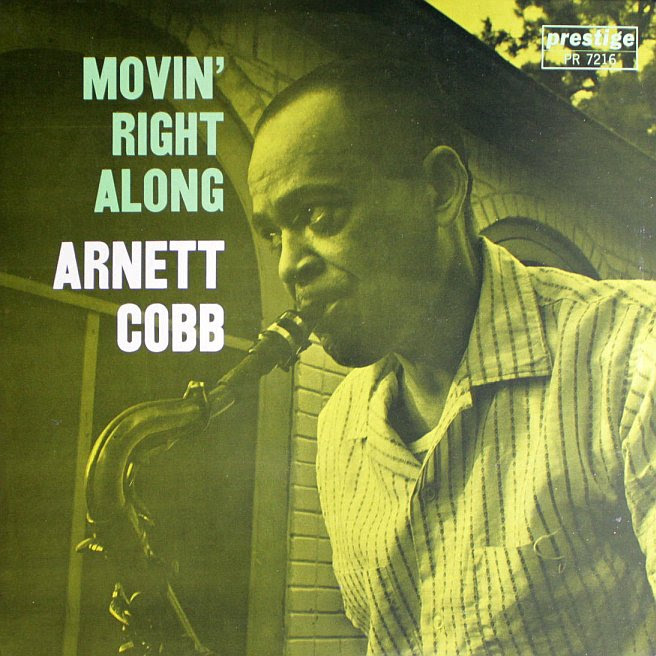 The second day found the musicians in a mellower mood, but Buck Clarke shows how much a conguero can contribute there, too. Listen to "The Nitty Gritty," a Cobb original. It's interesting that Cobb didn't use any Bobby Timmons originals, as hot a composer as he was then. But Timmons adds his soul jazz piano to Cobb's already soulful playing, and his Illinois Jacquet-style honking. The sessions became a little mixed on record. "Down by the Riverside" is Timmons and Clarke, but it Arnett Cobb--More Party Time, which otherwise comprised tunes from the first day. The traditional spiritual joined Stephen Foster's "Swanee River" as tunes you wouldn't necessarily bring to a modern party. "Fast Ride" was slipped back to Movin' Right Along to complete the trade. Both albums were released before 1960 was out.
was included on

"Lover Come Back to Me," from the Flanagan/Barrajanos session, was a two-sided 45 RPM single release. The Sigmund Romberg melody is from New Moon, the last operetta to be produced on Broadway. One tends to think of operetta as a form more likely to produce cornball chestnuts like "Stout Hearted Men," which is also from New Moon, but "Lover Come Back to Me" has proved a most satisfying challenge to many a modern jazz musician. So has another aria from New Moon, "Softly, as in a Morning Sunrise," which Cobb recorded on the second day.

"Ghost of a Chance" was the single from the second session to be released on 45 RPM, as the flip side of "Smooth Sailing," from Cobb's first Prestige album.


VERY CLOSE TO BEING READY TO TAKE ORDERS FOR LISTENING TO PRESTIGE VOL 3!

I'm still thumbing through volume 1, but I'm excited to get my order in.